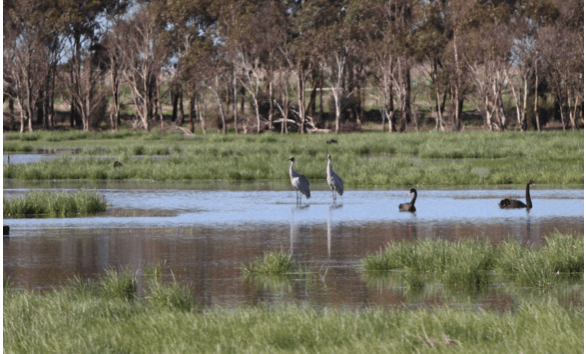 Brolgas once danced on the wetlands of Western Victoria. But agriculturalists drained the swamps to open land for farming decades ago. As the wetlands were lost, so were the enormous flocks of brolgas and other migratory and local birds that once graced our western plains.

Now, a community-driven project is underway to remediate Walker Swamp, seven kilometres north of Dunkeld on the Wannon River. It's a remarkable story of our community's determination to rebuild the wetlands, for so long a lost and misunderstood local treasure.

A big task gets community support