Dunkeld Memorial Hall has been brought back to life as a community centre. Six years in the making, with a sub-committee under the Public Lands Council forming in 2008 for the crown-held property redevelopment, just opened Sunday, 2 November 2014 to celebrate the building completion.

Originally built in the late 1800s, the hall served as a library and a mechanics’ institute. In the ’50s and ’60s the centre had a stage, kitchen and supper room added. When the historic façade was replaced by a typical ’60s brick wall, many in the community were horrified.“That’s how it remained for the next 40-plus years,” says Mary-Ann Brown, chairperson of the Dunkeld Community Centre Committee. “About 10 years ago an off-and-on-again discussion about a multi-purpose facility in Dunkeld began.”

The community wanted a facility that could accommodate a lot of people for events such as weddings, funerals, birthdays, community gatherings, concerts, and more. The only conference centre available was the local Hotel that holds 120 people. The nearby RSL was run down. To make the vision a reality, fundraising started.

“Three women raised over $3000 making biscuits and selling them through the information centre,” Brown says. Other fundraising activities involved grape picking, rock concerts and the annual Serra Terror Walk. It started as a fundraiser. Every June long weekend for the past five years, teams register for the 80km endurance adventure walk crossing the southern Grampians. It will now continue as an annual community event, says Brown. “It’s the brainchild of Maree Willey who has a business in Dunkeld.”

Willey set up a separate committee to organise the event that has contributed $100,000 to the redevelopment of Dunkeld Memorial Hall.

Dunkeld-born Allan Myers, QC, the owner of The Royal Mail Hotel and significant pastoral holdings, and former chair of The National Gallery of Victoria matched the community contribution. “He grew up here and has a keen interest in what happens in Dunkeld,” says Brown. “Dunkeld is close to his heart.”

“There’s been support from a whole variety of people, the local community bank – a Bendigo Bank initiative – there’s quite a long list of people who have provided support,” says Brown. “If you have a vision supported by the community it is possible to achieve something like this.”

According to a 2011 feasibility study, the new hall will create income and be self-sustaining. Following the committee going out to tender this time last year, in 2013, construction began in 2014. Hamilton architect, Jake Kelly, designed the complex and Ballarat-based Searle Brothers won the contract to build. Most of the workers onsite drive from Warrnambool, says Brown.

The RSL donated the land and the building – “not in a great state,” says Brown – was demolished. It has been replaced by a hall that holds 200 people on the same land, and a room in the main complex will be dedicated to the RSL.

The extended Dunkeld Memorial Hall is twice the original size, has a very large function space, with the capacity to be divided into smaller spaces, rooms for meetings, a large kitchen, offices and consulting rooms and a chapel. The first official booking will be the polling booth for the state election on 29 November. 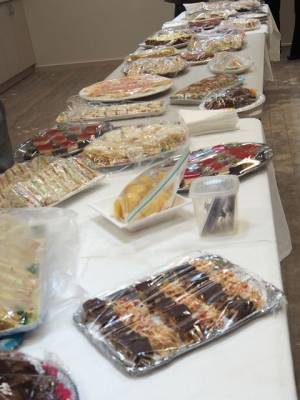 Find your boundaries
Iyengar Yoga: Beyond the physical