How Yoga Saved One Woman's Life During her home yoga practice, a Warrnambool woman made an observation that turned out to be life-saving.

Senior Iyengar Yoga teacher, Frank Jesse, would never claim that yoga is a cure for serious diseases, but in the case of one of his clients, his yoga teachings did help save her life. Jesse is a very precise teacher, as Carol McInerney discovered when she began attending his classes in 2011. McInerny has a recurring neck problem, and her physiotherapist, Karen Wild, had often suggested that she join in Jesse’s yoga classes, held in Warrnambool each week. But McInerney, a mother of three adult sons and grandmother to 10 children, struggled to find the time. After a family tragedy, McInerney agreed that her physio was right. 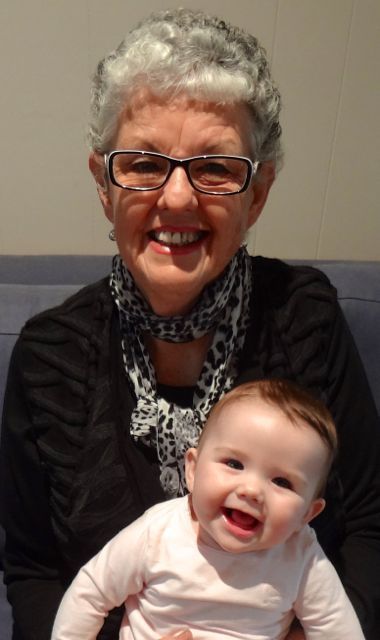 In a class that included both beginners and more advanced students, McInerney found the new focus on her body challenging. “I used to laugh at myself,” McInerney says.  “Frank would say ‘put your right foot forward, now your left foot,’ and I’d be trying to work out which was my right foot and which was my left!” After a year of studying with Jesse, McInerney started a home practice. To improve her technique, she did her yoga practice in front of a mirror. “Frank was saying ‘straighten your arms’ and ‘straighten your body’. I did yoga in the nude so I could see my arms, to see what I was doing,” McInerney says.

It was during one such home practice that McInerney noticed something unusual in the mirror: a “crease” towards the lower part of one of her breasts. She says: “Many years ago, when they advertised breast self- examination, I had heard them say to watch for any difference in the shape of the breast. There was no lump; it was a slight crease in the breast.”

That crease proved to be a malignant tumour, at a very early stage, which has now been removed. The crease was in the lower part of her breast, making it is hard to see without a mirror, but McInerney says it was also her increasing awareness of her body that helped her spot the change in her breast. Because the tumour was caught so very early, McInerney was able to be treated, and has recovered.

Cancer treatment is a grueling process that typically includes surgery, chemotherapy and radiotherapy that have side-effects such as nausea and exhaustion. During her treatment and recovery, McInerney found her yoga practice valuable. “Even when I was unwell from the treatment, I used to get out of bed and do a bit of stretching. Even if I fell back on the bed, exhausted, I had the sense that I could still do it, that I was still strong. It has changed my life in many ways.”

When the last of radiotherapy treatment was over, McInerney attended a five-day recuperative yoga retreat at Griffins Hill to help rebuild her strength. “It was wonderful, the yoga and the food was fantastic. I exercise, I walked; I had wonderful conversations,” she says. McInerney continues to practice yoga. “Yoga makes me think. Frank’s teaching is not about pushing yourself, but thinking about what you are doing.

“It is the connection between the mind and body that I really love. It really gives me a sense of being positive. I have had a lot of things happen – bereavements and the diagnosis – but I have never lost that sense of moving forward, and yoga was part of that.”